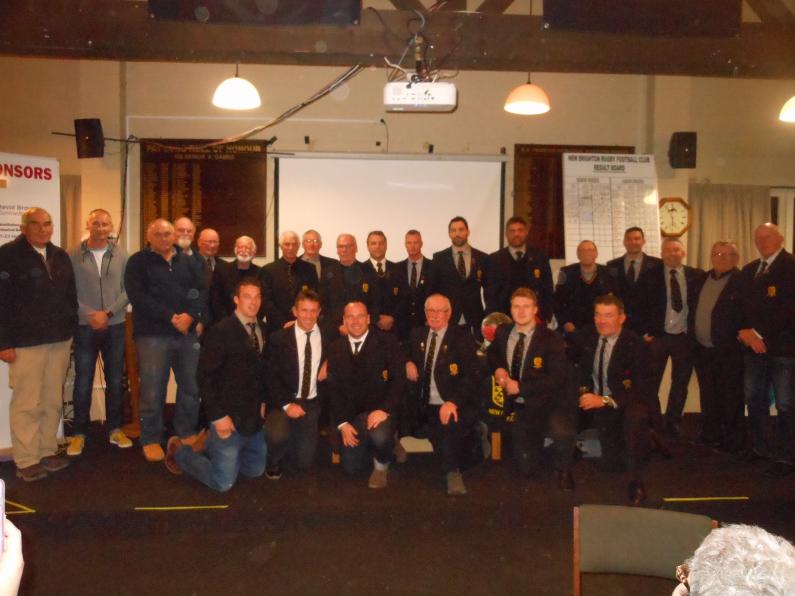 Our annual Blazer Day event was held on Saturday 24 June 2017.

Initiated in 2010, the motivation for Blazer Day was to get those players that had played 50 Division One games back supporting the Club, many who may have drifted away over the years.

Around 40 blazer club members (those players that have played 50 Senior Division One games) were present at various stages this year and all of these players have been presented with 50 game, and 100 games badges if applicable, over the past 8 years.

Two new blazer club members joined this Group this season - John Vili (debut 2014) and Stefan Moir (debut 2013). We now have 96 players that have played in excess of 50 Senior Division One games.

Players only started receiving blazers in the 1990's, so the Club has retrospectively awarded players prior to this date with blazers. This year's two recipients were -

Lately became a prominent lawn bowler. Remains connected to the Club through his son Brett who manages Colts Premier, and grandson Jackson who plays in the same team

Posted 4 years ago by Jamyn Keats