This Saturday night (28th June) at 6:30pm the Rugby Club will host a fundraiser for the The Canterbury District Health Board Neonatal Service, an organisation close to the late Scott Mcleish.

Come celebrate the life of the great man the only way he would like with a few beers and good friends.

A presentation to Scott's family of a framed jersey will start the night off and the auction to start straight after that.

Some of the auction items include:

The auction to be called by Lindsey Welch one of Christchurch top auctioneers. Please support this great cause and see you Saturday night.
WHAT A SUCCESS!
What a great celebration of the contribution Scott McLeish to our Club.

It was great to have Scott's wife Anna, and his parents and extended family in the Clubrooms on the evening

The fundraising auction was a phenomenal success with over $8000 raised!

A big thanks to all members for filling up the Clubrooms that night, and especially to those that won the various auctions 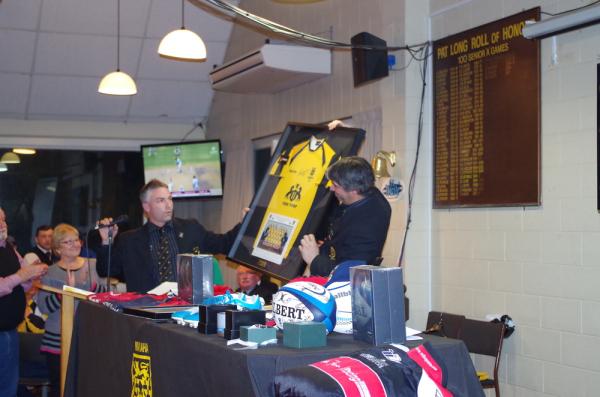